HBO finally welcomes the terrible titan responsible for ripping down buildings and destroying bridges yet still protects the world with the super production Godzilla II: King of Monsters.

Krampus (2015) director Michael Dougherty takes the reins of the second installment of this classic Japanese titan which has been adapted in American cinema. The first film of the series, Godzilla, was released back in 2014; capturing the intrigue and interest of viewers right from the beginning through the film’s promotional campaign; selectively choosing partial images of Godzilla in posters and commercials, therefore adding more intrigue and suspense to the classic monster in this Hollywood reboot.

The wait was exciting due to the new adaptation of Godzilla under the banner of MonsterVerse; a company under Warner Bros. and Legendary Entertainment Films which has produced Godzilla and King Kong (2005) alongside Tōhō Studios, the Japanese company that owns the rights to the characters. 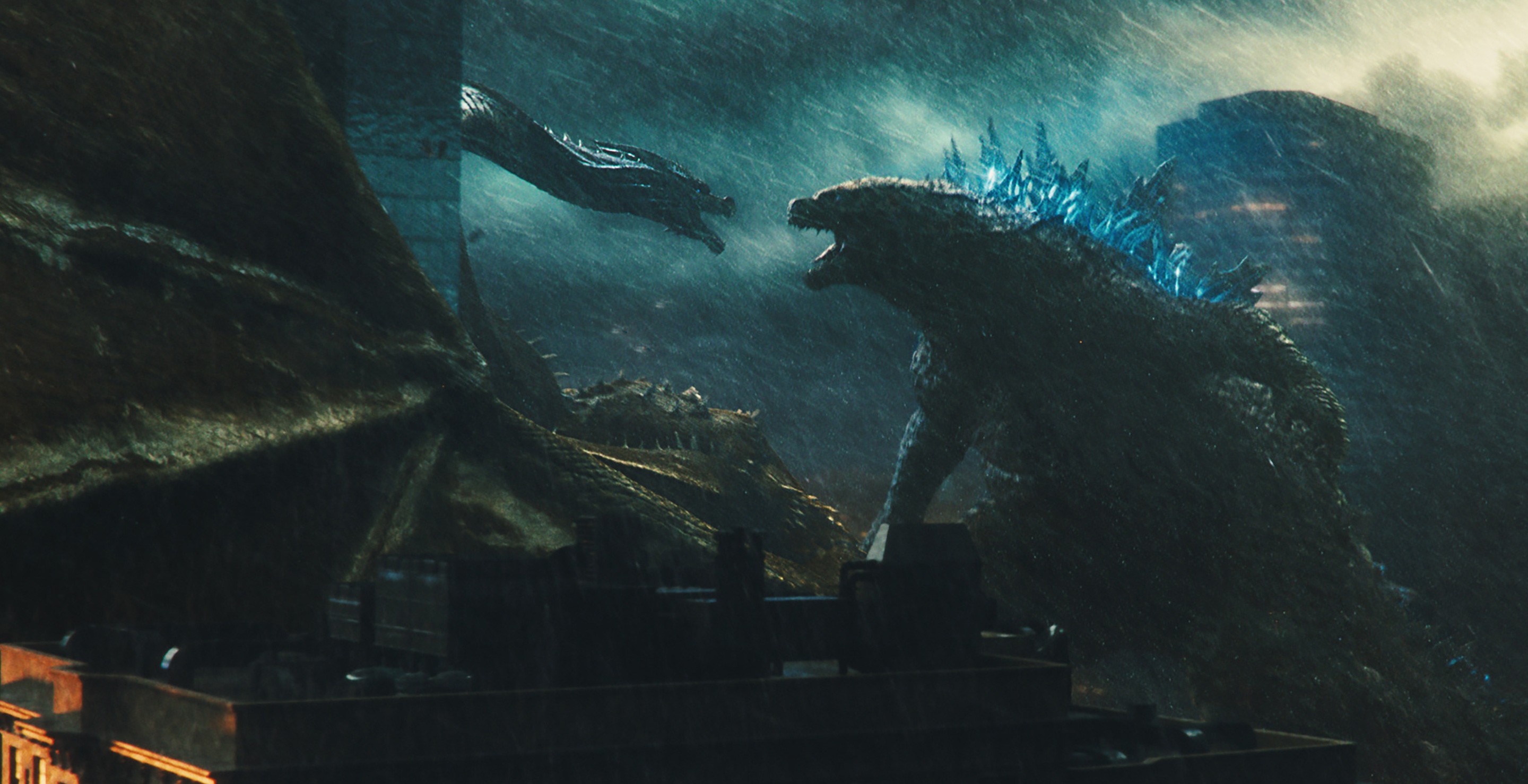 It should be noted that the Godzilla franchise holds the Guinness World Record for the longest film saga. For sixty-six years, forty-seven films have been produced spanning the life of Godzilla and its related characters. One that stands out is Godzilla 2000, released in 1999 and opening the door to the franchise in the 21st century.

Godzilla is, without a doubt, a symbol of Japanese culture and cinema, specifically of the “tokusatsu” genre; a style driven by combining real action with the intense use of special effects. Within tokusatsu, Godzilla films also belong to the subgenre “kaijū”, which specializes in giant monsters.

This mighty roaring titan has appeared in twenty-nine Japanese films and three American ones; such as the equally titled 1998 film, Godzilla, directed by Roland Emmerich and starring Matthew Broderick and Jean Reno. However, the 2014 film restarts the Godzilla story and continues its dramatic plot with Godzilla II: King of Monsters, where the American public is introduced to the enemies of the beast from Tōhō mythology.

The Enemies of Godzilla

This time we have Mothra, a gigantic mothlike creature that originated from the 1961 film Mothra. Mothra, also known as the queen of the titans, has confronted Godzilla and carries a symbiotic relationship; with her role in the second film evolving as a more fundamental and possibly life-saving one.

We are also introduced to Rodan, a titan who appeared in the 1956 film Rodan. Rodan is inspired by prehistoric flying reptiles called pteranodons; emerging this time from a fictional Mexican island called Mara.

Ghidorah is Godzilla's most powerful enemy; a dragon-shaped titan with two tails and three heads. It resembles the famous Hydra monster yet Ghidorah has giant bat wings that when flapped generate a thunderstorm that destroys anything in its vicinity.

A terrorist organization led by former Colonel Alan Jonah (Charles Dance) is now emerging as the organization seeks to gain control of the Titans through a device called ORCA.

The cast of Godzilla II: King of Monsters largely makes up Monarch, the secret government agency in charge of tracking and investigating the Titans. The agency has Kyle Chandler as ethologist Mark Russell, and Vera Farmiga, as paleobiologist Emma Russell, Russell's ex-wife with Millie Bobby Brown playing their daughter, Madison. The viewer also learns about the Russels’ loss of their son in the battle between Godzilla and the Titans in the 2014 film.

Vera Farmiga is known for her portrayal of Lorraine Warren, the investigative psychic from James Wan's The Conjuring franchise. She also played the mother of psychopath Norman Bates in the series Bates Motel (2013-2017). Farmiga has undoubtedly become an important figure in fantasy and horror films, yet she also earned an Oscar nomination for Best Supporting Actress for her role in the comedy-drama Up in the Air (2009), in which Farmiga shared the screen with George Clooney. She is a charismatic and beautiful actress who has shown that she finds both her light and her darkness in leading films.

The young Millie Bobby Brown equally stands, fresh off developing the character Eleven, a fragile girl yet loaded with devastating telekinetic powers in the series Stranger Things. Without a doubt, her role in this monster and disaster series fits like a glove.

Godzilla II: King of the Monsters - available now on HBO and HBO GO.

The Time of Aquaman

Desperate lives in a somber drama

From Riverdale in New York coms Katy Keene; a new series on HBO

To save to your favorites list you just have to Register or Login.

We would love to let you know a few hours before it starts!
To set this reminder, Register or Login.

We use cookies and similar technologies on this site.

For a limited-time only. Enjoy, free of subscription, the first seasons of these HBO®original shows:The Sopranos, Sex and the City, Ballers, Barry and Insecure. And every episode of: Band of Brothers, The Night Of and Years & Years.Discover HBO® | No subscription required

To access the free episodes, simply register or login. This content is intended for adult audiences and may include scenes that some viewers may find disturbing. It is recommended that parents and guardians use their discretion before allowing minors to view this content. close.